Half Year Assembly – Article in the Gazette and Herald

Below is an article from the Gazette and Herald about the club’s recent Half Year Assembly where we presented cheques to both local and international causes.

MONEY to support charities at home and abroad has been presented by Devizes Rotary Club.

Representatives of Wiltshire causes including Dorothy House hospice and fundraising group Omnes ad Unum and national charities such as Sightsavers and Shelterbox were at The Crown, Devizes to receive cheques totalling nearly £3,000.

Devizes Rotary Club president Cliff Evans said: “It’s been a great pleasure to be able to help a wide range of causes again. These have included local organisations such as Alzheimers Support with £100, the Devizes Museum, £40, Dorothy House, £100, and Omnes ad Unum £200.

The cash was raised by a number of activities which included cooking roast potatoes at the Alzheimer’s Support fun day in Trowbridge and a chilli stall at last summer’s Devizes Street Festival. Money for Omnes Ad Unum was raised from a Rotary stall at its Christmas Tree Festival and Bazaar at St John’s Church in Devizes. Marjie Pook from Omnes said: “I found the evening so interesting hearing about everything that Rotary has done and continues to do. You are certainly part of a tremendous organisation.”

Also among those at the Rotary Half Year Assembly was Devizes Mayor Jane Burton. She said: “I was amazed at what they do.”

Here are the slides I used at the club’s Half Year Assembly held lastTuesday 24th Jan:

If you have any questions about any of these please let me know. Also, look out for an article in the Gazette and Herald this week. I’ll post a reference to the article in this blog site once it’s been printed.

Meanwhile here are a few ‘photos of the evening which seemed to be enjoyed by all:

Andrea Mellon representing the Rotary e-Club of South Africa One 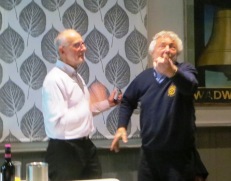 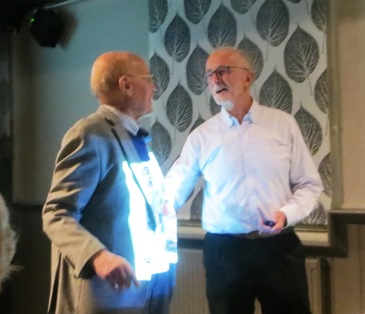 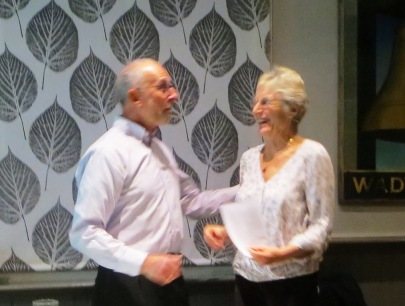 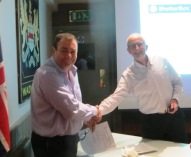 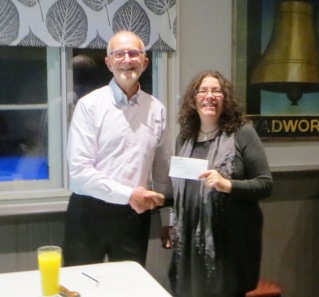 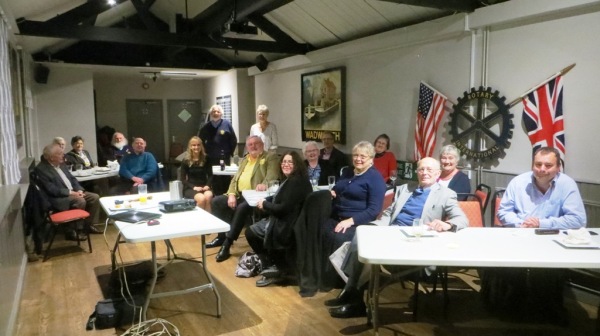 Members, Friends & Guests at the Club Half Year Assembly