On Saturday 11th August we held a Paella Party for some employees of Imagine Cruising plus their family and friends.

The party was one of the two which were won in an auction held at The Springfields Academy where all proceeds were donated to the school.

All was going well in preparation for the event when we met up at Colin’s lockup in Bromham to load up the cars. However things became somewhat fraught when we realised that the address we’d been given was not recognised by our satnav devices as the house was a new one at the Tadpole Garden Village near Swindon.

This was further complicated by the fact that we didn’t have a telephone number for the contact person!

Nevertheless, we did manage to get there in the end (although not before some references to “it’s a bit like being part of Dad’s Army!” had been made) and, under the expert guidance of head chef Colin, we were again able to put on a great meal which was very much appreciated by all involved. 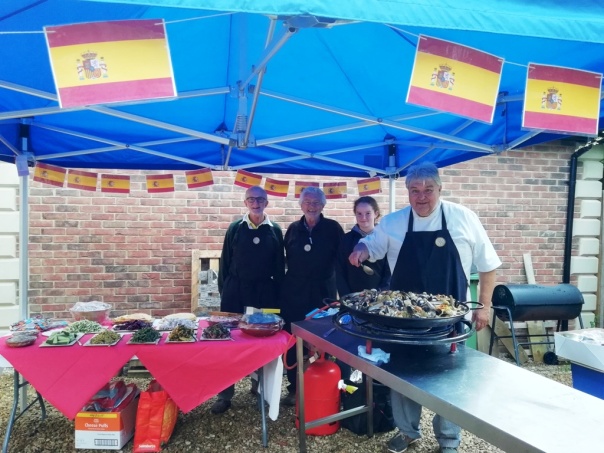 Thanks to the Imagine Cruising folks for their hospitality, and also to my granddaughter Molly for keeping us older blokes in order!