Shoppers in Devizes during the run up to Christmas’s past and present will not have failed to notice Rotary’s very own Father Christmas when he, together with Rotarian Colleagues, could be seen collecting donations from the public; the collections are to fund their annual distribution of Christmas hampers to several deserving families, in and around Devizes.

Tom MacMeekin, otherwise known as Father Christmas, was surprised to find himself on the receiving end of a gift for a change, when Rotary President Alan Martin, presented him with one of Rotary’s recognition service awards. Known as the Paul Harris award – Paul Harris was the founder of Rotary in 1905 – it is occasionally given to Rotarians (and to non-Rotarians) who are considered worthy recipients, having shown their dedication to service at home and abroad, over many years. 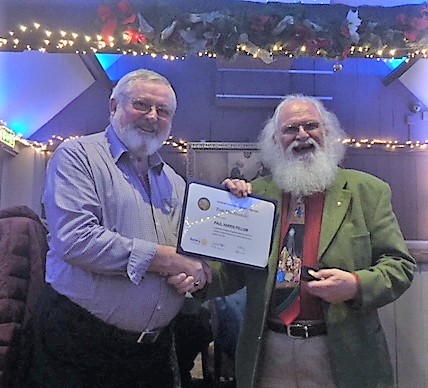 What surprised Tom even more was when President Alan told him that it was his younger brother, Don MacMeekin, himself a Rotarian in a club in New Hampshire USA, who had initiated the Paul Harris award, citing the service his brother Tom had given to so many, throughout his life.

After studying at Michigan State University and gaining a BSc in agricultural economics and anthropology Tom spent three years in India with the Peace Corps teaching rice farmers how to grow rice! A couple of years as an unqualified social worker followed, before he went to Cambridge for four years to study Theology. Tom was ordained as a United Reformed church minister in 1983 and served in pastorates in Bolton, Stone, Devizes, Ongar and Harlow. He has been Padre to various ATC squadrons for nearly 30 years and has served in ecumenical groups for his entire ministry. Tom is a loyal and hardworking member of Devizes Rotary and not surprisingly he has an interest in Rotary’s international service. Tom was President of Devizes Rotary in 2014/15.

Tom and his wife Jeannie have fond memories of their time in India. Returning to Kolkata this year, they visited several Rotary Clubs and joined in the Diwali celebrations with some four thousand Rotarians and their families! 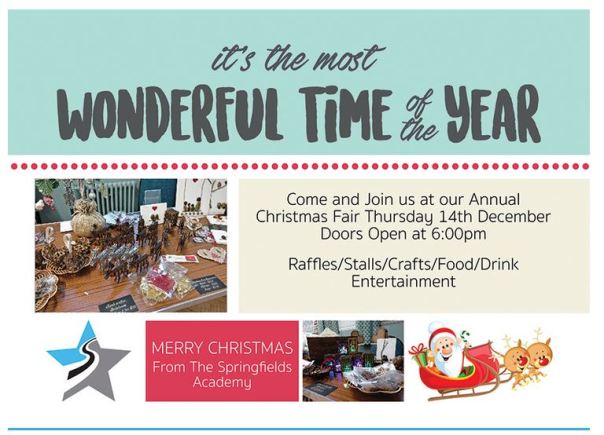 Last Thursday evening Springfields Academy opened their doors to parents and the public for their annual Christmas fair. Devizes Rotary took over the refectory to cook hot dogs and burgers plus both alcoholic and non-alcoholic Mold Wine, and the Conservatory to run the Rotathalon Games.

Although it was distinctly chilly outside, the atmosphere inside was lovely and warm and a good time was had by all. All profits from the Rotary food sales and donations were added to the profits made by the other stalls, and the total of over £800 will go to supporting pupils with educational  trips and resources to enrich their learning. 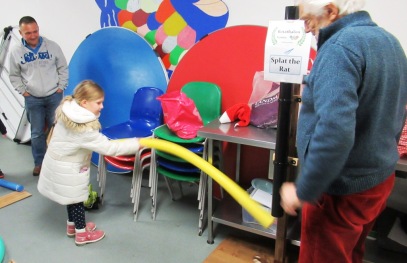 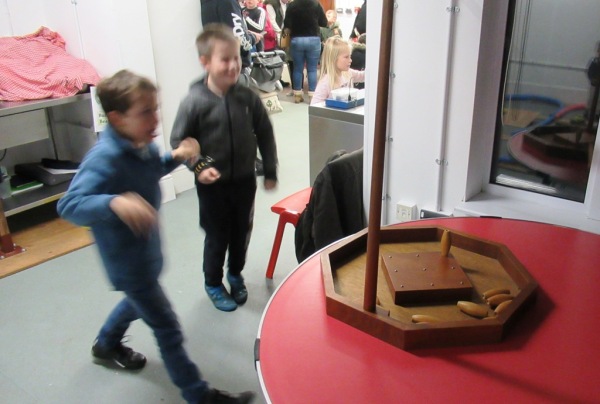