The following has been taken from an article by Joanne Moore in the Gazette and Herald dated 11th April:

YOUNGSTERS from a village primary school took inspiration from a well known local landmark to help them with a public speaking contest.

The pupils of St Nicholas Primary School, Bromham, gave a presentation on the Kennet and Avon Canal to win the Rotary Club of Devizes annual Youth Speaks competition.

They were up against competition from Rowde Primary, St Joseph’s primary in Devizes and Nursteed Primary, Devizes. Each group had to give a five to 10 minute presentation to an audience of more than 70. Senior teachers from outside the area were judges. Organiser Jean Allen, of Devizes Rotary Club, which staged the event at Nursteed Community Primary School said: “There were teams covering a wide range of topics and “”They all excelled.” 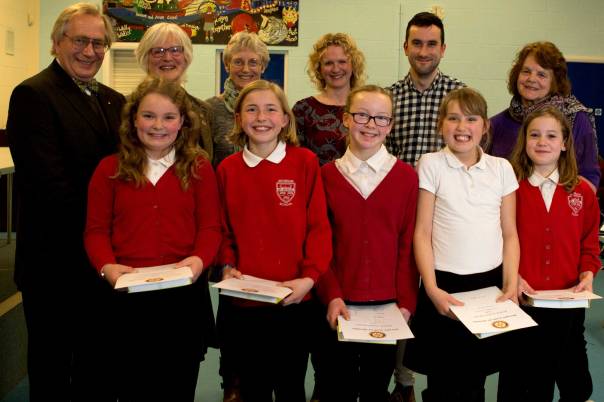